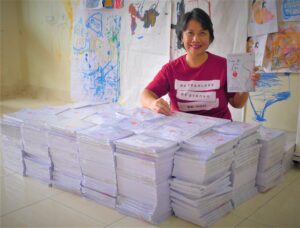 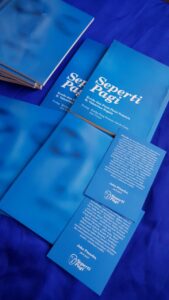 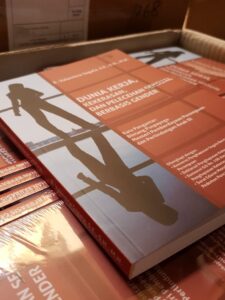 A new book takes an inclusive, educational approach to raise awareness and understanding – and hopefully, spur action – on the 2019 ILO convention that aims to eliminate violence and harassment in a broadened “world of work”.

The world of work is not a safe space for women, as seen in the increasing coverage on gender-based violence.

The latest was a shocking expose by the Associated Press (AP) published on Nov. 25, the International Day for the Elimination of Violence against Women. The article unearthed multiple cases of rape and abuse against women at a Sumatera oil palm plantation associated with prominent beauty brands around the globe.

One victim AP interviewed was a 16-year-old who recalled that she was raped by her boss ”amid the tall trees on an Indonesian palm oil plantation” where she was a shift worker.

Just two years ago in December 2017, the Inter-Factory Workers Federation (FBLP) released a documentary short film Angka Jadi Suara (The Day the Voices Are Raised), on the violence and harassment female workers suffered at a factory in an industrial estate in Cakung, East Jakarta.

During their filmed interview, the female factory workers recount their experiences of being ogled and catcalled by male mechanics in the same factory. Some of the women still work at the factory, while the others have quit.

The new convention, which comes eight years after the United Nations in 2011 published its seminal Guiding Principles On Business and Human Rights, enters into force on June 25, 2021.

The new convention provides guidance in an inclusive framework to multiple stakeholders on comprehensively protecting workers against violence and harassment, especially vulnerable workers from minority groups, women and other marginalized groups of people.

Sadly, according to women’s rights activist and founder of Institut Perempuan (Women’s Institute) Valentina Sagala, many stakeholders in Indonesia’s world of work are as yet to be aware about the benefits of Convention No. 190.

This is what prompted her to write Dunia Kerja, Kekerasaan dan Pelecehan Berbasis Gender (The World of Work and gender-based Violence and harassment), published this year by the Women’s Institute, to serve as a guidebook to help business stakeholders understand and apply the new convention.

Once Indonesia has ratified the convention and adopted it in law, the judiciary could take legal action against those that violate its principles.

In ratifying the ILO convention, she continued, Indonesia could actually fill the gap left by its existing laws and regulations on workers’ protection, including the 2003 Labor Law. More specifically, the country’s judiciary could tackle gender-based violence and harassment, the 2011 Manpower Ministry circular on sexual harassment in the workplace.

Public institutions and private business that care about these issues need not to wait for the government to ratify the convention; they could freely adopt the mechanisms outlined in the convention to prevent violence and harassment in their organizations.

In her book, Valentina taps into her law background to explain the superiority of the new convention compared to existing legal instruments.

“The convention widens the scope of gender-based violence and harassment in the world of work beyond just ‘sexual’ ones. This is why I symbolically added a strikethrough to ‘sexual’ in cover tittle,” she explained.

“The new convention also covers both the formal and non-formal sectors. When many people think about work, they think about the formal sector only, such as big businesses and corporations. Yet they forget that pekerja rumah tangga (domestic workers) are informal workers who they also need to protect,” she said.

Valentina said that the majority of Indonesian women worked in the informal sector, whether as domestic, plantation, migrant or sex workers.

“The convention also covers workers’ protection issues in both urban and rural areas,” she said, pointing out that many people tended to have a strong urban bias when defining the world of work.

Convention No. 190 uses the term “world of work” instead “workplace” to indicate that workers can experience gender-based violence and harassment beyond their place of employment.

In this broader iteration, “world of work” covers all the places that workers visit or travel through in the course of their jobs, such as a client’s office or a business convention, and even public spaces for journalists and NGO field workers.

More interestingly, the new ILO convention urges employers to allow workers who experience domestic violence to take some time off to recover from their physical and psychological trauma, and to reimburse the cost of any related treatment or therapy.

“I think it’s important for stakeholders of the various labor issues in Indonesia to have a grasp of how the new convention sets new protocols regarding violence and harassment in the world of work, especially in terms of gender,” said Valentina.

“All this time, people have tended to view gender-based violence and harassment more as a mora issue, instead of setting clear organizational or institutional protocols on how to prevent them,” she continued.

“One corporate employer asked me, if he required all his female employees to wear modest clothing, would this prevent such violence from happening?” she recounted, highlighting that gender-based violence and harassment was a structural issue of unequal power relations between men and women.

Therefore, she said, solutions to these issues needed also needed to be structural and address the power imbalance, instead of simply attempting a moral approach that generally tended to blame the victims. 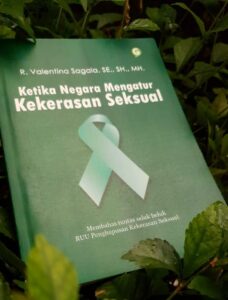 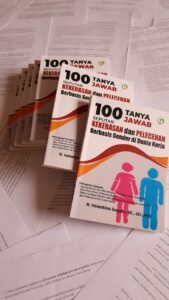